Martha Tinsdale (née Endicott) is the pillar of Middleton's community and a member of the well-respect Endicott family. From her boisterous personality to her strive for perfection, Martha is the driving force behind the town and a proud resident of Middleton.

Her husband, Tom, was the mayor of Middleton from 2011 to 2015, while Martha served as his second-in-command, organizer, and planner. While helping her husband, Martha simultaneously raised their sons Michael and Dylan. In the meantime, she befriended Cassie Nightingale and became one of her best friends - despite their rocky beginnings.

After Tom and Cassie's Mayoral terms, Martha was elected mayor of the town and wore the title with pride and vigor. She remained mayor for over five years before she was stripped of the title due to an error in the town lines that placed her as a resident of Blairsville. When the error was sorted, Abigail resigned as Mayor, and Martha was re-appointed.

Martha was born outside of Middleton, to a wealthy upper-class family alongside her identical cousin Maxine. She enjoyed the life she had and attended college after she graduated from high school. While she enjoyed college, part of her longed for more and felt that she didn't belong in that world. It was around that time that she moved to Middleton and settled into the quaint town. She then married Tom Tinsdale in 1984[1], and helped him become elected Mayor, and stood by his side the entire time. Her social status in the town soared, and she became invested in the town's prosperity and looked to as a pillar of the community.

At some point in her and Tom's marriage, the couple had two sons, whom they named Michael and Dylan. By the time Tom settled into being Mayor, Martha felt a pull to leadership and secretly wanted to become Mayor one day. In the meantime, she became the head of the citizen's council, the leader of the heritage foundation, the cities event planner, and took up many other roles in the community.

In "Tossing the Bouquet", Martha discovered a Blairsville bench in a residential area of Middleton and instructed Jared to figure out why the bench was on Middleton property. Martha's Jared revealed starting information to Martha - that due to the way the border of Middleton and Blairsville runs, Martha is technically a resident of Blairsville, not Middleton. Due to this, Jared was forced to strip Martha's title as Mayor and the duty was passed onto the President of the City Council, Abigail Pershing. Martha moved out of the Mayoral office later that day.

With her place as Mayor restored, Martha throws herself into making herself the best Mayor she can possibly be. She starts by securing a mayoral mansion, which she is certain will be hers. She collides with her high school nemesis Dotty Davenport who vies for the same house as Martha, as it was once a Davenport home. Martha's love for the home is what ultimately convinces the seller to sell to her instead of Dotty. She hires Middleton newcomer Joy Harper to help renovate the home and turn it into a beautiful house once more. She also hires Carter as her carpenter, and ignores Joy's insistence that Carter isn't a good fit, mainly due to knowing Joy has other feelings about Carter.

As her house is being restored, Martha occupies more of her time by helping Abigail solve the 200-year-old curse placed on her and Donovan Davenport. Martha's encouraging words keep Abigail inspired to fight for her relationship, and her witty banter often provides relief for the stressed couple. She is also able to help them piece together some clues and monitors the crack in the Heart of Middleton while maintaining the Middleton treasure box. Martha also attempts to form a couple bond between herself, Tom, and newlyweds Cassie and Sam.

Martha's oldest son Dylan returns to Middleton for a visit with her wife Claire. Martha admits to Cassie that she doesn't know much about her daughter-in-law, and they don't exactly get along. This is due to their equally high-strung personalities and busybody natures. Martha is flooded with good news when Dylan announces that he and Claire are expecting a baby. However, the women continuously butt heads, with Martha being a little overbearing with Clair, how is in turn, snide and rude about Martha's attempts. Martha later figures out she’s behaving in the same manner her own mother-in-law was with her. The women reconcile and Martha looks forward to her future as a Grandmama.

With good news all around her, she launches her open house for her completely renovated mansion, which she calls Tinsdale Manor. It is there that Sam discovers a final clue in the curse, and the dove Joy's mother left her is connected to the curse. When Joy opens the dove the Middleton Diamond is inside leading Martha to bring the Middleton Treasure box to the anxious couple. They place the diamond inside and the box closes itself, however, Abigail still can't say I Love You. They are about to give up when then the box starts playing, and another drawer opens, containing an engagement ring. It’s the ring Roderick used to propose to Patience. Martha watches in a mixture of awe and love as Donovan and Abigail become engaged.

Martha has a larger than life personality and a passionate heart that is sometimes riddled with overdramatic worries. She has a wildly animated and enthusiastic personality, with a vivid imagination. At first, she was paranoid and overprotective of her town, to the point where she wanted to control everything that was going on in it. This caused her to go after Cassie Nightingale, who wouldn't conform to Martha's idea of what Middleton should be.

However, as she let her guard down and allowed Cassie to see her heart, she was shown to be a sweet woman with the best of intentions for her town. Her love and passion for the town she chose as her home is fierce. She is also investigative, inquisitive, outgoing, and self-absorbed when it comes to the press. Martha is also impulsive, childish, petty, and has a little-to-no filter. She can be selfish and impatient, but normally recognizes her mistakes in the end and tries to evolve from them.

Martha is a boisterous woman who's larger then life personality is reflected in her attire and stance. Just by looking at Martha, one can tell that she is of importance and wealth. She always dresses fashionably yet conservative, favoring bright colors and pearls. She enjoys the perks of her wealthy lifestyle and isn't afraid to show it off. She has blonde hair that is cut into a perky bob with thin bangs over her forehead. She has blue eyes and is rarely seen without her stud earrings. 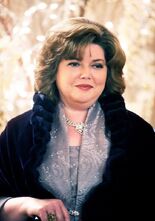 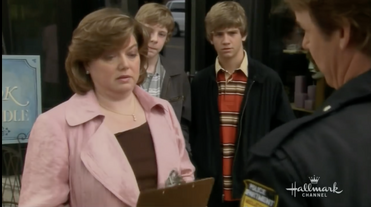 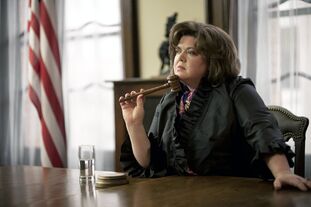 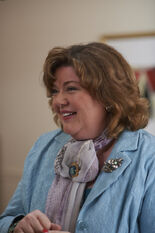 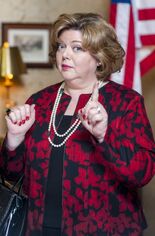 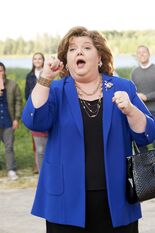 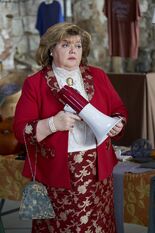 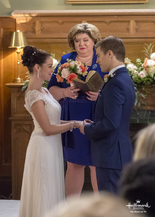 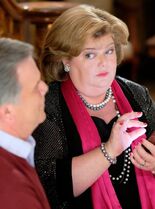 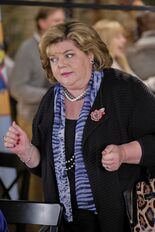 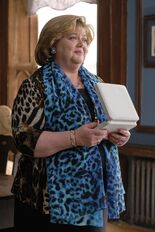 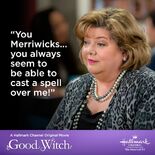