Nicholas "Nick" Radford (b.June 11, 2001[1]) is a rebellious teenager from the upper west side of New York, and one of Middleton's newest residents. He and his father, Dr. Sam Radford, moved next door to Grey House and befriended Cassie Nightingale and her daughter, Grace.

Nick hails from the upper west side of New York, Nick's parents got a divorce when Nick was a young child. His father, Sam, was given full custody of Nick, while his mother traveled the world and rarely saw her son. Nick was raised in a very wealthy environment and was surrounded by caretakers and other people that his father hired. Sam worked late shifts at the local hospital, so Nick had free range to do whatever he wanted. This led Nick to get into trouble at school and he fell in with a bad crowd that partied frequently.

Nick and his friends often stole things from their high school, skipped classes, bailed on school, and cheated on tests. He rarely studied and had poor grades because of it, and was known throughout the school as a bad kid with a new girl every week. His rebellious behavior became so bad, that the school threatened expulsion.

One day, on a whim, Nick's then-best-friend Noah had the idea to sneak into a beach house in Rhode Island and trash it. The boys broke in with a few of their other friends, and before long, the police were called and when they arrived, Noah ran from the scene and left Nick and the other boys there to deal with the cops on their own. Nick was forced to do community service and the other boys were punished as well, however, Nick also took the blame for the stunt which led his father to believe that it was all Nick's idea. Seeing that his son was faltering and needed a fresh start, Sam accepted a job in Middleton and moved him and Nick there.

Nick and his father, Sam Radford, move into the house next door to Grey House. Nick made it cleared to his father that he wanted nothing more than to move back to New York where his friends were. Sam stated that while in New York, Nick was almost always in trouble and was even expelled from a school.

As an act of rebellion and boredom, Nick stole a statue of the school's mascot, a Falcon. Grace attempted to convince him to return it, but instead, he stuck in Grace's locker and let her take the fall for it. He also lied to his father multiple times so that he could attend parties. However, as he befriended Grace and allowed himself to open up to her, he began to change for the better.

In the first episode, it was apparent that Nick and Grace had grown closer since Season 1. Nick defended Grace when petty girls were harassing her about being a witch. Their relationship grows and they study together, do their homework together, and give one another advice. When Nick received an offer to study abroad in London for a semester he was overjoyed with the idea of getting to do something on his own without his father hovering over him. Sam forbade the trip and dismissed it at first, but Nick was persistent and Sam eventually allowed him to go. During this time, Nick and Grace began to have friendship issues as Grace didn't want Nick to leave. This caused a fight between them, that made things tense for Cassie and Sam, who had just started their romantic relationship. After Grace's rock climbing accident, Nick spent days in the hospital with Grace and felt guilty for her accident, as he had pressured her to do more outdoor activities. When Grace ended up being okay, the pair reconciled and became friends again.

When he and Grace's parents, Sam and Cassie, decided to get married Nick highly disapproved of this idea. This led people audience to believe that he has a crush on Grace - his potential future step-sister. In a budding romance, Nick almost kissed Grace which made things awkward between them due to their parent's looming marriage. Nick ultimately decided to ask Courtney out on a date, which jeopardized his friendship with Grace. Grace accidentally stated that Nick wanted to break up with Courtney, unaware that Courtney was listening. Nick was then forced to break things off with Court at the New Years party, and then fought with Grace over the break-up.

Episode nine reveals that his birthday is June 11th.

Nick travels between Middleton and his college, with his world expanding beyond the restraints of the small town. He struggles with his grades and to make a choice on what he wants to do, but his visits home remind him of what matters. Through a school project of familial traits, he brings Abigail, Cassie, and Joy closer together. Nick also deepens his relationship with his father, even confiding in him about his romantic life. He has a college girlfriend that he deeply cares for.

Nick is a very rebellious person by nature and tends to pull others into his rebellious activities. Although the majority of the time Nick is rebellious, he is also very kindhearted and open to others. 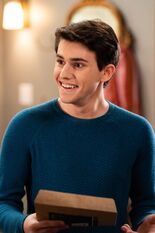 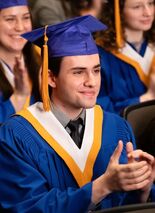 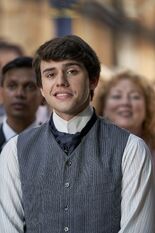