The Good Witch is a 2008 American television film that aired on the Hallmark Channel on January 19, 2008. This film has spawned six sequels and a television series.

Cassandra "Cassie" Nightingale is a raven-haired enchantress with a hint of magic who moves into the town of Middleton's haunted Grey House. As if that weren't unusual enough, she also opens "Bell, Book & Candle," a wondrous shop full of unique items. For some, including the captivated Police Chief Jake Russell, Cassie is a breath of fresh air and a love potion that spreads throughout the town. But before she can truly become part of Middleton, she will need to win over some of the more skeptical neighbors who don't approve of her unique ways.

This plot is directly from the Hallmark Channel official press release Crown Media and was written by the network. This plot was not written by Fandom users and should not be altered from its current format.

Not much ever seems to happen in the quaint, quiet community of Middleton – until the late October day when Police Chief Jake Russell, a widowed father of two, is called on to investigate activity at the famous Grey House. The Grey House is a long-abandoned structure believed by many in town to be haunted. When Jake arrives to check things out, the mystery is immediately solved: Someone has moved in. But this new resident, Cassandra Nightingale, is herself a woman of mystery, a woman who will soon shake things up in this town.

Cassie is an enchanting beauty with a gentle spirit, an outrageous sense of fashion and a “wicked” sense of humor. She also seems to be something of an enchantress. She has a magic touch with men (although Jake is slow to respond, as he hasn’t quite gotten over his wife’s death several years ago); she has a magic touch with children (Jake’s kids, Brandon and Lori, are drawn to her, maybe because she smells “like gingerbread”); she even has a magic touch with savage beasts (Cassie rescues the children from an attacking dog, then “tames” it with a few choice words). It seems that Cassie has the ability to charm everyone she meets, with the exception of Martha Tinsdale the mayor’s busybody wife who also is the tsk-tsking head of the local Citizen’s League. In fact, when Cassie opens a shop called Bell, Book and Candle –- a “new-age” shop that carries Celtic, metaphysical and Wiccan items – Mrs. Tinsdale immediately launches a protest.

Jake’s kids, naturally, get the idea that Cassie is a witch, albeit a good one. Young Lori, tormented by dreams of monsters, turns to Cassie for help; Cassie “prescribes” a dreamcatcher and then advises the girl to keep chanting, “I will not dream of bunnies.” Sure enough, the next morning, Lori reports that she dreamed of bunnies instead of monsters. Cassie’s approach may be a bit unconventional, but it worked! Similarly, Brandon consults Cassie with a problem he’s having with a bully. Cassie gives him an enchanted crystal, but again there are additional steps: Brandon must spend some time with Derek, the bully, and he must introduce Derek to Brandon’s police chief father. In the process of befriending the bully, Brandon discovers that Derek is the son of an abusive father. Later, when Brandon introduces the boy to Jake, it sets into motion events that will result in Derek’s being removed from the danger at home. Cassie’s diagnosis, although offbeat, was another bull’s-eye.

But Cassie’s influence extends beyond the Russell family. There’s Nancy Perkins, a Citizen’s League member whose marriage lacks romance. When Nancy visits the Bell, Book and Candle, Cassie suggests an aphrodisiac that she herself conjured up. Again, the results are immediate and life-altering: Nancy and her husband find a romantic spark that never existed -– and ultimately she winds up pregnant, something they’d never been able to make happen.

Cassie even tries a little of her magic on herself: She starts chanting, “I will not dream of Jake Russell, I will not dream of Jake Russell!” And not surprisingly, Jake gradually arrives at the realization that he has feelings for Cassie, especially after an unplanned dinner date at Grey House. Jake is too pragmatic to believe any of this “witch” nonsense, but he can’t deny that there’s something enigmatic about her.

On Halloween, Cassie hosts a party at Grey House. The few Middleton residents whom Cassie has helped and befriended attend, while a handful of trick-or-treaters come and go. Meanspirited Mrs. Tinsdale wouldn’t be caught dead there, of course. In fact, she’s the driving force behind an upcoming city council meeting in which Cassie’s future in Middleton will be debated. It’s such a heated issue, in fact, that Cassie is thinking of leaving town (instead of fighting to stay where she’s unwanted). Meanwhile, Mrs. Tinsdale’s two sons are up to Halloween mischief. But Jake’s deputy, Joe, catches the boys red-handed while they’re vandalizing the Bell, Book and Candle shop.

At the police station, Mrs. Tinsdale tries to get her husband, the mayor, to force Jake to release the boys without pressing charges. But Jake refuses to yield to political pressure – and while standing up to the woman, he finally professes his love for Cassie. In that moment, Cassie knows she has found a home in Middleton, a home with Jake Russell and his family. Cassie declines to press charges against the boys and, refreshingly, Mayor Tinsdale finally tells his shrewish wife to quit with her bullying behavior. And as everyone pitches in to help Cassie repair the damage to her shop, it’s clear that Cassie and Jake are going to experience “happily ever after,” whether she’s a witch or not. 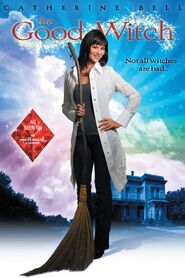 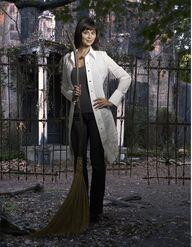 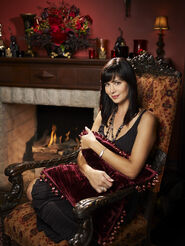 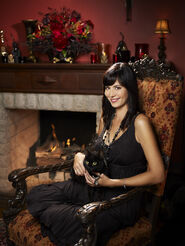 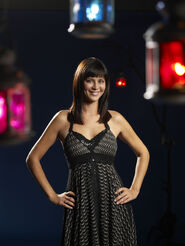 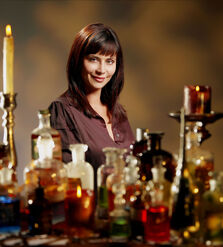 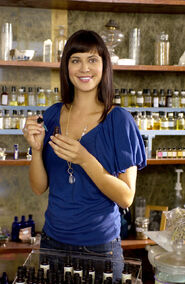 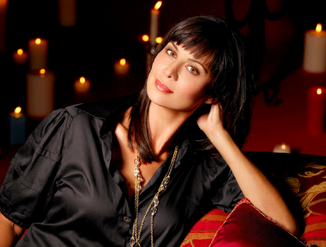 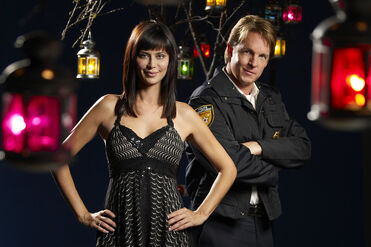 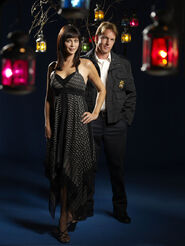 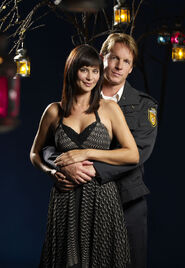 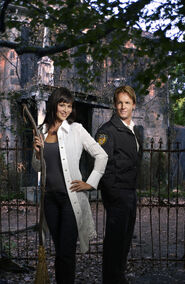 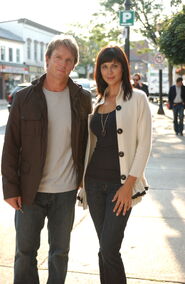 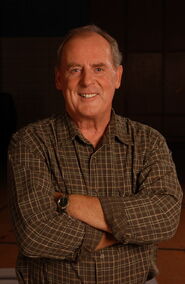 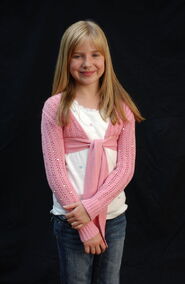 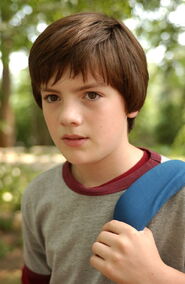 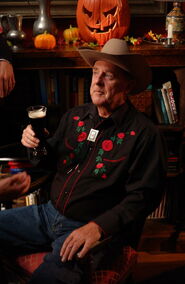 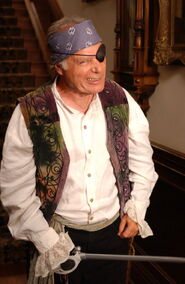 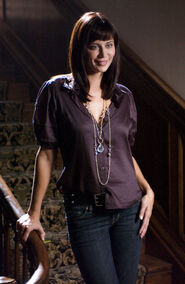 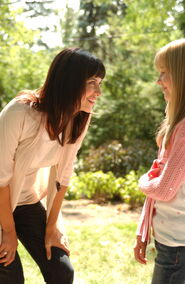 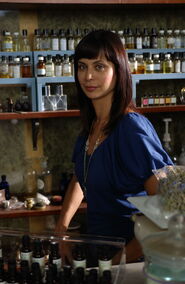 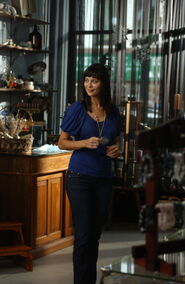